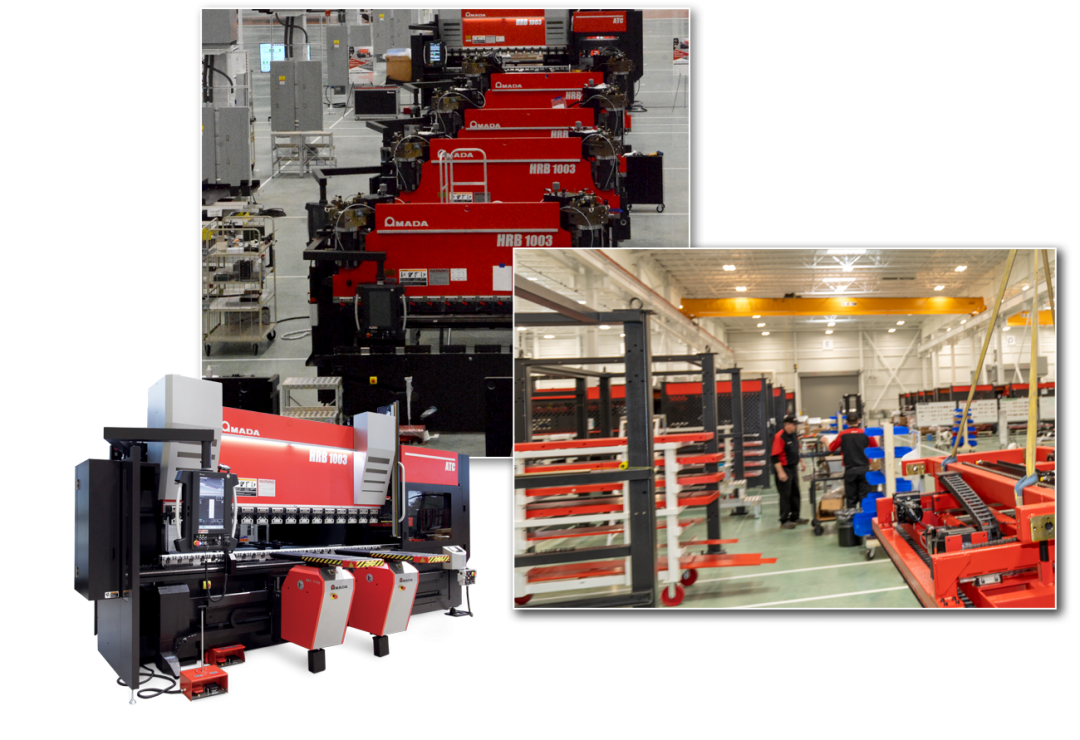 In December 2019, Amada America officially opened its state-of-the-art 190,000-square foot manufacturing facility in High Point, NC – known as its Carolina Manufacturing Facility. Since then, the North American division of Japan-based Amada Global has made significant progress on the development of its $125 million, 37-acre industrial campus.

In fact, despite COVID-19 related shutdowns, Amada continues working on completing the second phase of construction with its technical center, which will serve as a showroom and training center for the manufacturer’s equipment. With plans for future phases in the works, Amada’s campus will have approximately 500,000-square feet of manufacturing, showroom and office space once complete, and will bring 201 jobs to the region. Amada’s operation in North Carolina will focus on sheet metal manufacturing of press brakes and laser automation for the auto and appliance industries. Why did the international company choose Guilford County?  Amada’s CEO has remarked that Guilford County’s proximity to the company’s Southeast U.S. customer base was a key site selection factor. Greensboro-High Point also offers manufacturing companies access to 100,000+ person strong regional manufacturing workforce.

Amada America’s presence in Guilford County is a testament to the region’s FDI growth. More than 80 foreign-based companies already operate in High Point,  including Japanese aircraft manufacturer Honda Aircraft and Dutch coatings company AzkoNobel, which in 2019 announced a $55 million expansion to its High Point campus. fDi Magazine even recognized High Point as an “American City of the Future” for its 2019-2020 ranking as one of the best small cities foreign direct investment.